Recommend Madeline's obituary to your friends
Share / Subscribe to this tribute
Share Obituary:
Print
Provide comfort for the family by sending flowers or planting a tree in memory of Madeline Market.
Show You Care By Sending Flowers
Guaranteed hand delivery by a local florist
Loading...
G
Gene & Robyn Bastien posted a condolence
Our deepest sympathy lies with all of Madelines’ beloved family. She will not be forgotten..... Love and heartfelt hugs to all,......Love Uncle Gene and Robyn Bastien.... In the name of Madeline Market, we have made a donation to Autism Services Incorporated of Windsor and Essex County.
Please wait
Share Comment
S
Sandy McCrone pledged to donate to Autism Services Incorporated of Windsor and Essex County
My prayers and thoughts are with you all at this time. - Sandy McCrone
Please wait
D
Don Bastien lit a candle

My condolences to the whole family. Many great memories as a kid of the annual fireworks at Aunt Madeline’s. She will be deeply missed.
Please wait
Share Comment
D
Don & Patricia Borrowman posted a condolence
To Madeline’s Family, We Extend a Sincere Sympathy while those of the Bastien Family Will Always Remain In Our Hearts. Madeline and Lorraine are well remembered by I, Don Borrowman at age 89, living in four various homes in Oldcastle area until 2008 while the Bastien Family in the 1930’s once lived on one of the two Charles O’Brien farms on Hwy. # 3, west of Walker Road and on north side of the highway, opposite the two cemetries, Greenlawn and Victoria with the Wm. O’Brien farm between. We would attend St. Mary's S.S. No. 7 on Hwy. #3 and Sexton Side Rd. and now converted to a residence. Their father and My folks would carpool for our transportation especially during inclement weather, otherwise we walked the two mile plus distance while my family lived next door to the Oldcastle Farmers Co-operative Garage and Service Station on south east corner of Hwy. #3 which my Dad managed and is still standing but as another type of business. Mr. Bastien with his Ford Model T. often transported his girls to St. Mary's, while including some O'Brien girls and I, then stop and pick up a Kavanagh girl. Well in the 1938-1941 era, with I being small I required help to climb in and out due to the high running boards, and then would be stacked on top of all of the bigger girls in a vehicle built for four occupants, there would be a total of eight plus the driver.
Please wait
Share Comment
E
Ed & Connie Bastien posted a condolence
Our thoughts, prayers and condolences are with you in this time of great loss. If any of you have ever had the privilege of knowing Madeline you couldn't help but notice how she would, with her infectious smile, radiate love, kindness and compassion to everyone around her. Madelaine was the kind of person that everyone would like to have as a friend, and she was also the kind of person who made me, especially proud, to have as a cousin. Ed & Connie Bastien
Please wait
Share Comment
B
Brenda pledged to donate to Autism Services Incorporated of Windsor and Essex County
In loving memory of my sister in law (Eve Market) and aunt (Brenda Martens)
Please wait
R
Richard and Judy Wirch posted a condolence
Dear Market Family Our deepest sympathy on the loss of your Mom. May your many memories bring you comfort and peace. Sincerely Richard and Judy Wirch
Please wait
Share Comment
S
Stacy Stacy Quick donated to AUTISM SERVICES INCORPORATED OF WINDSOR AND ESSEX COUNTY
Please wait
S
Stacy Quick lit a candle 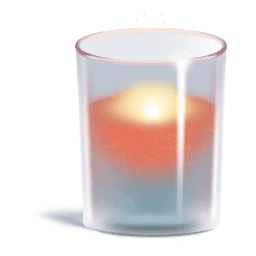 To the Market family, so sorry for your loss. She was a saint and so kind always. I have great memories growing up with Al and spending time on the farm. She will be greatly missed. My deepest condolences to all of you. Rob Strong
Please wait
Share Comment
B
Brian Wirch posted a condolence
Hi Al & Market Family, I’m very sorry to hear about your mom passing away. She was a wonderful lady! I have many fond memories of biking down to your farm house as a kid to visit with Al & your mom always made me feel like I belonged and she was happy that I came over. It is sad in these times that I cannot be sharing some of these stories in person. My condolences to your whole family. (Al, I hope to see you around the arena this year) Brian Wirch
Please wait
Share Comment
P
Pat & Marguerite Bastien posted a condolence
Our deepest sympathies to Madeline’s entire family; children, grandchildren, and great-grandchildren as well as her siblings and their extended families.Madeline certainly always had that ‘distinguished smile’ that is also so prevalent in her sisters and brother – a smile that brightens anyone’s day. Our prayers and love, Cousin Pat & Marguerite Bastien
Please wait
Share Comment
M
Mark Market posted a condolence
Everyone who knew Aunt Madeline knew that she was a special Lady. I don’t recall her saying anything negative about anyone. She is sadly missed. Truly a Proverbs 31 Woman.
Please wait
Share Comment
B
Bridget Stanton donated to AUTISM SERVICES INCORPORATED OF WINDSOR AND ESSEX COUNTY
Dear Aunt Cindy, Uncle Jerry and Family, Sending our warmest thoughts and prayers to all of you. We will always remember Aunt Madeline with love and a smile. Lots of Love, Chris, Bridget, Olivia and Ian
Please wait
T
Trisha Taylor donated to AUTISM SERVICES INCORPORATED OF WINDSOR AND ESSEX COUNTY
Please wait
J
Julie lit a candle

Connie Seguin posted a condolence
I am sorry for your loss. My thoughts and prayers are with all of you. She was a wonderful woman who always had a smile and kind words.
Please wait
Share Comment
S
Stephanie uploaded photo(s)

My Gram was the most amazing woman I have ever met! She was always there for her family--whether it was inviting all of our extended family to her home to host the yearly family reunion and fireworks display or attending a multitude of dance recitals, sports games and school performances. Gram never missed one of her children's, grandchildren's or even great grandchildren's birthday parties and always had the loveliest of cards with lots of underlining (well most of the time... a few of us got those cards that you never would have believed came from Gram! lol). She lived for her family! She never passed up playing cards with her grandchildren and great grandchildren--she even kept on playing "Spoons" with Izzy and Hannah, even when her arthritis made it nearly impossible to pick up a spoon, but somehow she won! I always enjoyed driving Gram home from different family functions as it was a time that we got just to ourselves to talk. I know that Gram prayed for all of us everyday and asked God to keep a special eye over her entire family. I know that she got a direct ticket up to heaven and is reuniting with our Papa and Uncle Mick. We love her so much and will miss her!
Please wait
Share Comment
W
The family of Madeline Market uploaded a photo